Don’t underestimate the importance of likability.

This sounds basic, but it’s crucial: People are going to fight for you only if they like you. Anything you do in a negotiation that makes you less likable reduces the chances that the other side will work to get you a better offer. This is about more than being polite; it’s about managing some inevitable tensions in negotiation, such as asking for what you deserve without seeming greedy, pointing out deficiencies in the offer without seeming petty, and being persistent without being a nuisance. Negotiators can typically avoid these pitfalls by evaluating (for example, in practice interviews with friends) how others are likely to perceive their approach.

Help them understand why you deserve what you’re requesting.

It’s not enough for them to like you. They also have to believe you’re worth the offer you want. Never let your proposal speak for its self. Always tell the story that goes with it. Don’t just state your desire (a 15% higher salary, say, or permission to work from home one day a week); explain precisely why it’s justified (the reasons you deserve more money than others they may have hired, or that your children come home from school early on Fridays). If you have no justification for a demand, it may be unwise to make it. Again, keep in mind the inherent tension between being likable and explaining why you deserve more: Suggesting that you’re especially valuable can make you sound arrogant if you haven’t thought through how best to communicate the message.

Make it clear they can get you.

People won’t want to expend political or social capital to get approval for a strong or improved offer if they suspect that at the end of the day, you’re still going to say, “No, thanks.” Who wants to be the stalking horse for another company? If you intend to negotiate for a better package, make it clear that you’re serious about working for this employer. Sometimes you get people to want you by explaining that everybody wants you. But the more strongly you play that hand, the more they may think that they’re not going to get you anyway, so why bother jumping through hoops? If you’re planning to mention all the options you have as leverage, you should balance that by saying why—or under what conditions—you would be happy to forgo those options and accept an offer.

Understand the person across the table.

Companies don’t negotiate; people do. And before you can influence the person sitting opposite you, you have to understand her. What are her interests and individual concerns? For example, negotiating with a prospective boss is very different from negotiating with an HR representative. You can perhaps afford to pepper the latter with questions regarding details of the offer, but you don’t want to annoy someone who may become your manager with seemingly petty demands. On the flip side, HR may be responsible for hiring 10 people and therefore reluctant to break precedent, whereas the boss, who will benefit more directly from your joining the company, may go to bat for you with a special request.

They may like you. They may think you deserve everything you want. But they still may not give it to you. Why? Because they may have certain ironclad constraints, such as salary caps, that no amount of negotiation can loosen. Your job is to figure out where they’re flexible and where they’re not. If, for example, you’re talking to a large company that’s hiring 20 similar people at the same time, it probably can’t give you a higher salary than everyone else. But it may be flexible on start dates, vacation time, and signing bonuses. On the other hand, if you’re negotiating with a smaller company that has never hired someone in your role, there may be room to adjust the initial salary offer or job title but not other things. The better you understand the constraints, the more likely it is that you’ll be able to propose options that solve both sides’ problems.

Be prepared for tough questions.

Many job candidates have been hit with difficult questions they were hoping not to face: Do you have any other offers? If we make you an offer tomorrow, will you say yes? Are we your top choice? If you’re unprepared, you might say something inelegantly evasive or, worse, untrue. My advice is to never lie in a negotiation. It frequently comes back to harm you, but even if it doesn’t, it’s unethical. The other risk is that, faced with a tough question, you may try too hard to please and end up losing leverage. The point is this: You need to prepare for questions and issues that would put you on the defensive, make you feel uncomfortable, or expose your weaknesses. Your goal is to answer honestly without looking like an unattractive candidate—and without giving up too much bargaining power. If you have thought in advance about how to answer difficult questions, you probably won’t forfeit one of those objectives.

If, despite your preparation, someone comes at you from an angle you didn’t expect, remember this simple rule: It’s not the question that matters but the questioner’s intent. Often the question is challenging but the questioner’s intent is benign. An employer who asks whether you would immediately accept an offer tomorrow may simply be interested in knowing if you are genuinely excited about the job, not trying to box you into a corner. A question about whether you have other offers may be designed not to expose your weak alternatives but simply to learn what type of job search you’re conducting and whether this company has a chance of getting you. If you don’t like the question, don’t assume the worst. Rather, answer in a way that addresses what you think is the intent, or ask for a clarification of the problem the interviewer is trying to solve. If you engage in a genuine conversation about what he’s after, and show a willingness to help him resolve whatever issue he has, both of you will be better off.

Sadly, to many people, “negotiating a job offer” and “negotiating a salary” are synonymous. But much of your satisfaction from the job will come from other factors you can negotiate—perhaps even more easily than salary. Don’t get fixated on money. Focus on the value of the entire deal: responsibilities, location, travel, flexibility in work hours, opportunities for growth and promotion, perks, support for continued education, and so forth. Think not just about how you’re willing to be rewarded but also when. You may decide to chart a course that pays less handsomely now but will put you in a stronger position later.

If someone makes you an offer and you’re legitimately concerned about parts of it, you’re usually better off proposing all your changes at once. Don’t say, “The salary is a bit low. Could you do something about it?” and then, once she’s worked on it, come back with “Thanks. Now here are two other things I’d like…” If you ask for only one thing initially, she may assume that getting it will make you ready to accept the offer (or at least to make a decision). If you keep saying “and one more thing…,” she is unlikely to remain in a generous or understanding mood. Furthermore, if you have more than one request, don’t simply mention all the things you want—A, B, C, and D; also signal the relative importance of each to you. Otherwise, she may pick the two things you value least, because they’re pretty easy to give you, and feel she’s met you halfway. Then you’ll have an offer that’s not much better and a negotiating partner who thinks her job is done.

Resist the temptation to prove that you are a great negotiator. MBA students who have just taken a class on negotiation are plagued by this problem: They go bargaining berserk the first chance they get, which is with a prospective employer. My advice: If something is important to you, absolutely negotiate. But don’t haggle over every little thing. Fighting to get just a bit more can rub people the wrong way—and can limit your ability to negotiate with the company later in your career, when it may matter more.

Think through the timing of offers.

At the beginning of a job hunt, you often want to get at least one offer in order to feel secure. This is especially true for people finishing a degree program, when everyone is interviewing and some are celebrating early victories. Ironically, getting an early offer can be problematic: Once a company has made an offer, it will expect an answer reasonably soon. If you want to consider multiple jobs, it’s useful to have all your offers arrive close together. So don’t be afraid to slow down the process with one potential employer or to speed it up with another, in order to have all your options laid out at one time. This, too, is a balancing act: If you pull back too much—or push too hard—a company may lose interest and hire someone else. But there are subtle ways to solve such problems. For example, if you want to delay an offer, you might ask for a later second- or third-round interview.

Latest News for you

Insurance talent war weapon: the secrets of the exit interview

This article was produced in partnership with Intact Insurance.  Bethan Moorcraft of Insurance Business sat down with Maryann Besharat, VP, 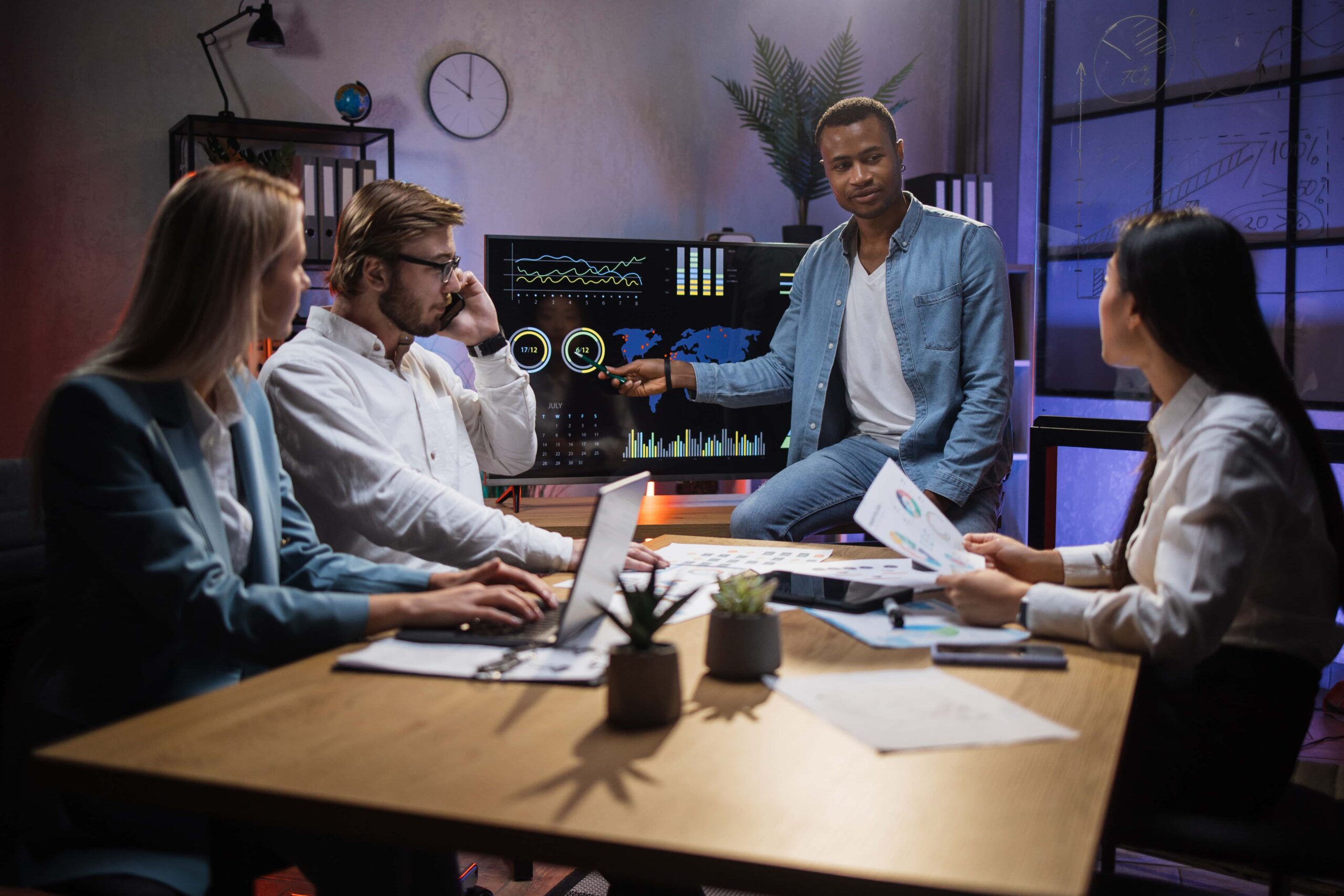 Mergers and acquisition is a part of almost every industry, as is its lasting effect on employees. Here is how 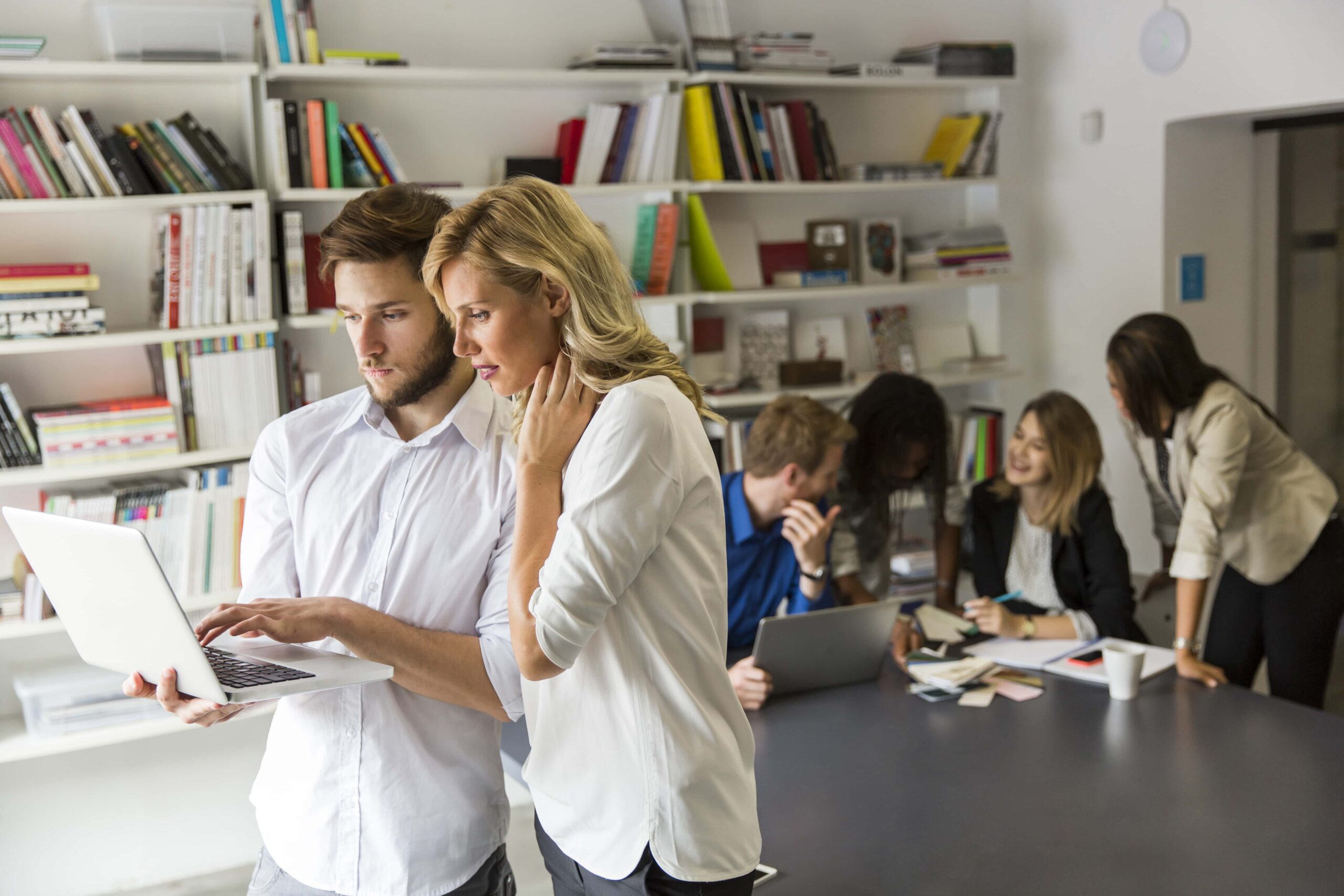 OTL And RIBO Licenses – What Is The Difference? (Ontario)

We’ve perfected our strategy to reach passive candidates in a wide variety of career opportunities and fields of expertise in the insurance industry over the past 37 years.